Reville's theology is back at the Irish Times

I'm reeling. I thought that after the drubbing Prof William Reville got the last time he started introducing theology to the science page in the Irish Times he'd made a firm resolve to limit himself in future to harmlessly cutting and pasting internet articles on the nutritional benefits of bananas and non-benefits of multi-vitamin supplements.

But alas, I'm sad to announce that, as of today, Thursday 24 April 2008, the good professor has once more fallen off the wagon. The occasion of his downfall this time was the temptation to argue for protecting "the embryo back to the point of conception". Like any good addict, he makes excuses for this all-consuming need of his to engage in theological musings in inappropriate places. His own version of 'I only do it on health grounds' is that he has "biological reasons" for doing so. It doesn't take much, however, to see this as the rationalisation typical of the addicted mind that it assuredly is.

Have a look at the article (as always, on condition you pay for your IT on the web -- if not, try look over someone's shoulder on the bus, or in extremis buy a copy).

For the benefit of those who drove, cycled or walked to work, what Reville can't resist saying to us today hangs on the following thread:

...it seems to me to be wrong to arbitrarily pick any point on this continuum [of life between conception and old age] and claim that it marks the boundary between the preceding "not fully human and not deserving of protection" section and the succeeding "human enough to deserve protection" section.

The point at which human life begins, we are to understand, can only be picked at the very start of the continuum, i.e. conception. Anything else is arbitrary.

So far, so very familiar. The trouble is anyone with a bit of knowledge of the philosophical, ethical and scientific issues surrounding protection of embryos knows that it's nonsense. For a start, conception isn't a single point on a continuum -- for an egg to be fertilised is a process that takes some time.

But when should the moment of conception be defined according to the theologians? The moment when a sperm breaks into the egg (which is what most of us imagine as conception)? W ell no, that can't be it, as quite often more than one sperm manages to enter the egg cell and, through some not fully understood process, one set of chromosomes is later expelled and the other is fused into the egg's DNA over a period of half an hour or so. This fusion process itself is prone to disturbance too. So should the sublime moment be defined at exactly the time the fusion process starts or when it's complete?

While the above looks like nonsensical how-many-angels question, the point of introducing it here is to make clear that the moment at which conception is deemed to have happened is also to some extent arbitrary. For a conception-obsessed theological ethicist, the question might even be of practical relevance to the work of scientists who have reason to fiddle around with sperm and eggs at various stages of mingling. For the rest of us though, the question is nonsense. Incidentally, for most biologists, the term 'conception' is so irredeemably confusing, it is not used at all. The preferred term for the process of combination of male and female DNA in an egg is 'fertilisation'.

What is important is the observation that the moment of conception is an absurdly early point for defining the beginning of human life.

For example, my beloved (who, incidentally, is the mother of my equally beloved child) happens to share a single moment of conception with her identical twin sister (indeed the only reason I can tell them apart visually is the fortunate fact that my partner sat on her sister's ear for the whole of late pregnancy, thus giving the latter a slightly longer, narrower head). Just ask the question as to when the life of each of them began and you begin to feel the pull of the whirlwind of uncertainty (and absurdity) surrounding the standard 'at conception' view.

After all, an animal egg cell (fertilised or not) is held by no theology to be a sacred human life, and neither is any component scraping of Lee Chang's or Siobhan Murphy (PhD)'s edidermis. But the point of the exercise is to produce something that is as near as possible identical to a fertilised ovum, to let it grow a little, and then to harvest stem cells from it. There is nothing in principle (apart from ethical principle) that would stop the ovum from being implanted and growing into a person with an uncanny resemblence to Lee or Dr. Siobhan. But this person would never have been conceived. Conception was therefore clearly not when life for this hypothetical person began. I should emphasise that there is no question of any of this actually happening amongst reputable scientists, I'm just making a point about the logic of the conception argument. 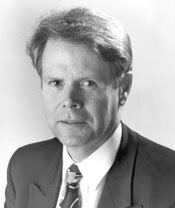 Indeed, the adult stem cells that Reville (very optimistically) claims to be an alternative to embryo stem cells are not all that different. With a bit of tinkering (which may indeed be necessary to make them useful for some sorts of stem cell research) they could become as much potential human beings as much as any ovum with the full complement of human DNA. After all, it is the very flexibility of stem cells that both makes them so interesting therapeutically and so full of potential to grow into any type of human tissue (even the full set in the correct sequence -- i.e. an adult human).

Besides, it's been known for some time that more than half (some say a lot more than half) of ova fertilised by the standard route (you know what I mean) are expelled from the potential mother's body without ever implanting. If Reville's argument based on no arbitrary lines being ethically justifiable were to be taken seriously, then medical science would have as great a responsibility to save these human individuals from death as they would an eight-year-old suffering from leukemia. After all, by an argument practically identical to Reville's, it would seem tobe wrong to arbitrarily pick any point on the continuum of life between conception and old age and claim that it marks the boundary between the preceding "let nature take its course" section and the succeeding "human enough to deserve the full protection of the best that medical science can do".

Reville should know all these arguments (and the fact that he mentions twins in his article could be interpreted to suggest that he's at least subconsciously aware of one or two of them).

In a typical bit of sophism (typical of roman catholic apologists, that is) Reville tells us:

... the biological fact is that the early embryo is "a human at his/her stage of a microscopic ball of cells". [the inexplicable quotes are his]

Biology does nothing of the sort. What it might do in this regard is tell us what we already know, i.e. that an embryo is certainly human in the same sense as Dr. Siobhan's skin cells are, but has no position on its status as a human individual. That's a job for philosophy (which Reville is evidently unqualified in).

One would have thought that a scientist of the eminence of Prof. Reville would be above mixing the noun clase "a human" with the simple (and very different adjective "human".

Unfortunately for Reville's desire for a clear point at which humans beings become human beings, such a point doesn't exist.

My own view (for what it's worth) is the following: A fertilised egg is much more than just equivalent to a skin scraping, and should therefore never be treated in a cavalier fashion. An early embryo is obviously deserving of even more respect. As the embryo develops it will accumulate features that increase its status as a being, until it reaches a stage where this status is effectively equivalent to a fully recognised human being. If an arbitrary line need be drawn (and for judicial and other reasons it may be necessary) then it should be drawn early. But, for reasons already outlined, not as absurdly early as conception.

Reville's reach for the theological bottle was by his own account occasioned by the RTE's broadcast on stem-cell research as part of the "Science Friction" series, which Reville informs us was unbalanced. Since the full program isn't available on the RTÉ site I can't make a judgement on its objectivity, but the pots and kettles principle would seem to apply to Reville in this respect. As editor of the Irish newspaper for record's weekly science section, should he not also have a duty to provide balance? Yet, not for the first time, Reville's article is severely unbalanced. It is also either surprisingly uninformed, or intentionally suppresses much relevant information available from biology ... which, as public awareness of science officer at UCC he surely has an obligation to keep us informed.


Woman priests
Also in the Irish Times today is a letter that magnificently illustrates that any unlikely change of policy of the Vatican on the question of woman priests would not necessarily lead to an improved attitude amongst the clergy to 'the laity' (or vice versa). Elisabeth Roddy wants woman priests, amongst other things, to "galvanise those members of the laity who think it is enough to sit like suet puddings, waiting for the clergy to pour spiritual custard over them".

I wonder which members of the laity she means. Perhaps those who, having profited from long experience, would run a mile at even a sniff of spiritual custard. Or perhaps she means those that couldn't be bothered about the catholic church, even to the extent of making it clear that they are no longer part of it. There's a lot of that about.
Posted by Noses to spite faces at 09:32

Can you post today's recipe up soon, please? I'm hungry. Thanks.